September 18, 2021September 21, 2021 Technology Researcher
If you are interested in developing games then you should know about unity. Unity is the Cross platform game engine can be used to develop all sorts of unique type of products. So it can be a mobile P.C. or web-app or it can be Augmented Reality or Virtual Reality app. It’s used by the big teams to develop a massive project and at the same time it is used by the indie developers to develop a creative, small project. The main beauty of unity is

Unity is not just a game builder but rather a professional tool used by some of the biggest names in the industry. Here we have few titles developed in Unity includes:

You write code only once and can deploy to almost all major platforms with a very less effort. Unity can be installed on PC Mac Linux. So regardless of your operating system, you can get started with the unity right now. Over the past few years, unity as a store has grown massively, it can really boost up the product development or to meet the deadline, you can integrate assets from that store that are relevant to your project. Mostly assets are paid, but you can find free as.

Unity is Game Engine and IDE

Unity is provide many of the most important built-in features that helps to develop game more rapidly. That means things like physics, 3D rendering, and collision detection are ready to use and no need to reinvent the wheel.

Yes, unity have a free version. Here is latest plan and pricing for the individual and this is for paid. 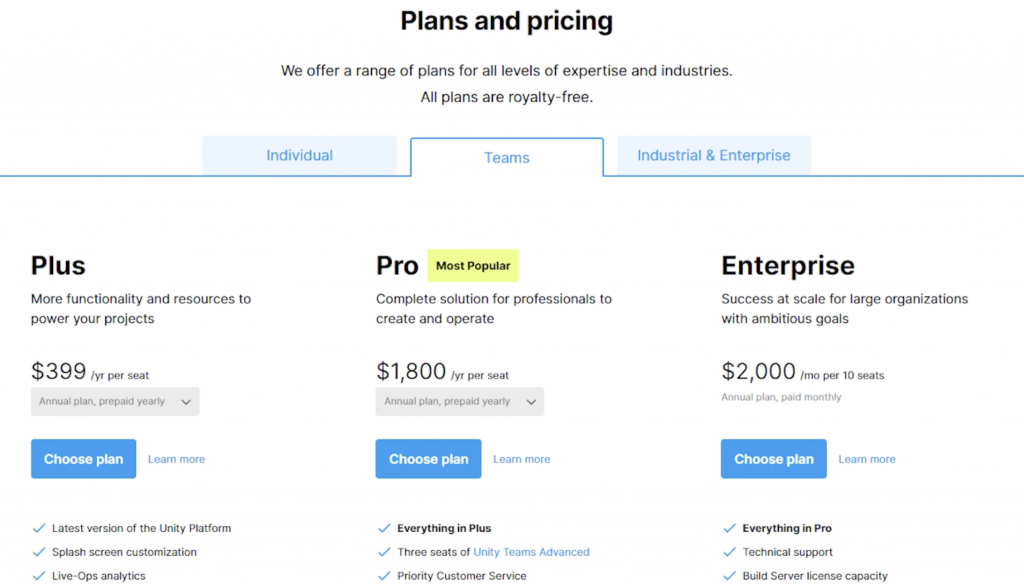