How to make a video game

You want to make a video game, but you don’t know where to start. This post will help you in the right direction. Making games is a complicated task. It’s easier if you break it down into smaller task when the big studio creates games. They do it with the large teams. Each team have a specific goal that can be a 3D modeling programming concept or sound design and reality. 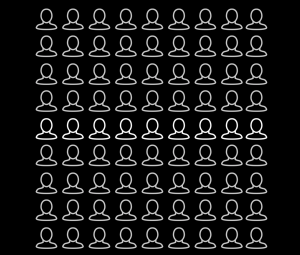 Most people don’t start with the big game, mostly with just a single laptop and some good idea. Luckily, over the last few years there is a big boom in the indie game industry. No small teams, even individuals, can make the popular games such as SuperHot and Fire Boats and many other games like these. Next thing is every game runs on a game engine.

So what is game changing?

Basically, the game engine is what components in the computer like how to render the graphics move from point A to point B games such as Borderlands, Gears of war and Deus Ex runs on Unreal Game Engine.

And that’s why they have a lot of things in common when it comes to physics, graphics, quality and gameplay. Previously, studios have to spend a lot of money to create a game engine from scratch or they have to purchase from other studios, which is quite expensive. But these days, a lot of independent engines have been made for the sole purpose of people using them to build the games. 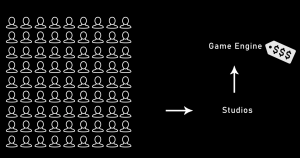 On top of it now as a developer is time to make a decision.

Which Game Engine should I choose?

And the answer is, well, it depends. There are a lot of things to choose from and each have their strengths and weaknesses. But here are some of the most popular ones on are unity, CryEngine or Amazon or Lumberjack. Unity however  allows you to build games on both 2d and 3d platforms and allows to export on several different platforms platforms. 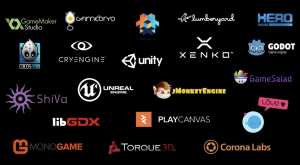 And this is the biggest fear when it comes to the development. Unity has power games such as Fall Guys, Ultimate Knockout at NPR West Bank, Call of Duty, Mobile King of Fighter, All Stars and many more other popular titles. 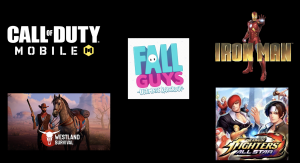 I do believe that unity is both a starting point for most developers. This is not because it does everything perfectly. Actually, no engine does, but because of diversity, unity, support both to the end through the games and deploy to the desktop mobile console and for the programming. And do you see shop. So what you learn in unity can easily be applied to the other environments later down the road. Thanks for reading.

I am a iOS app developer and Unity Game developer.